A great place to start getting a feel for what’s available is the Scientific American Citizen Science blog or the just-launched PLOS blog CitizenSci.

This post is a quick run-down of the types of projects for citizen scientists, ranging from crowdsourcing for online analysis of data to DIY science.

END_OF_DOCUMENT_TOKEN_TO_BE_REPLACED

A Melbourne doctor has started a trial of acupuncture for menopausal women after finding many of her patients did not want to take hormone replacement therapy.

Dr Caroline Ee, a general practitioner and acupuncturist from the Department of General Practice at the University of Melbourne, has already completed a pilot study of 23 women but needs more women for this study.

“I tried using acupuncture for a few women who were flushing and they felt a lot better,” Ee says.

Ee says there is controversy about universities teaching complementary medicine, but that it is important to look at these treatments because many people use them.

“Our study is one of the examples of the ways in which we are using very strict scientific principles to examine an old therapy,” she says.

END_OF_DOCUMENT_TOKEN_TO_BE_REPLACED

Australians trust scientists because they don’t understand where the money comes from, said a Melbourne researcher.

Dr Christine Critchley, Senior Lecturer in the Department of Psychology at Swinburne University in Australia, said the public’s trust in science was dependent on a stereotypical view that science is totally publically funded, yet this may not always be the case.

Critchley said her research suggested that trust in scientists drops dramatically if people think a drug or private company is funding the work. 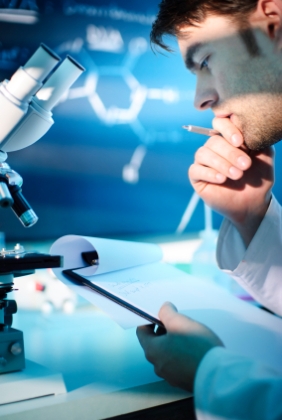 She said people are also more likely to oppose controversial fields such as stem cell research or genetic testing if the scientists are working for a company or receiving money from a company.

She said that the Federal Government had encouraged public engagement with science, as outlined in the Inspiring Australia report of 2010. At the same time, there has been a massive push towards commercialisation.

Critchley thinks these two policy directions create a dilemma because the public is less likely to trust commercialised science.

She said the standing of private science might improve if the public understood that privately funded science is regulated and has similar obligations to publically funded science.

Critchley also assisted with a project commissioned by the Victorian Department of Business and Innovation and conducted by Sweeney Research and called Community interest and engagement with science and technology in Victoria 20111.